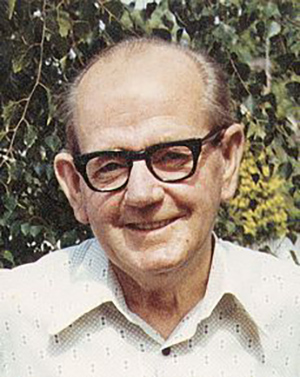 Thomas Ambrose Bowen (1916-1982) began developing his technique in the 1950s in Geelong, Australia. He became interested in ways to alleviate human suffering and began to notice that certain moves on the body had particular effects. Tom Bowen developed his technique without having previous formal training in any modality or discipline. In fact, he frequently stated that his work was 'a gift from God'. He continued to develop and refine the technique throughout his lifetime with the help of his friend and secretary, Rene Horwood.

Mr. Bowen was extremely busy in his Geelong clinic, performing about 13,000 treatments a year. This was verified by the 1975 Victorian govern­ment inquiry into alternative health care professionals. Considering treatments were seven days apart and most people needed only one to three treatments, an amazing number of clients passed through the clinic and benefited from his gift. Mr. Bowen also held free clinics for children, people with disabilities, and community service workers.